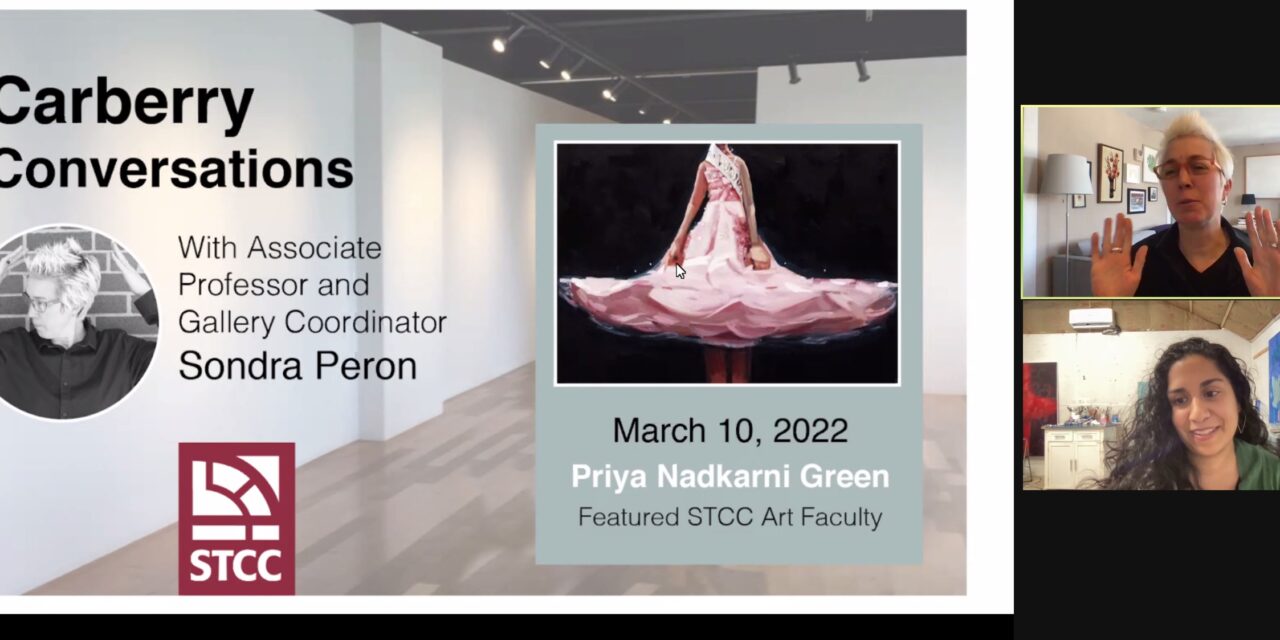 During “Carberry Conversations” on Thursday, Priya Nadkarni Green said she was inspired to paint and draw as a child and to this day remains passionate about creating art.

Professor Sondra Peron asked why she got interested in art.

“I talk about this with my parents even to this day,” said Green, who is an adjunct faculty at Springfield Technical Community College. “My gravitation toward art is still a huge mystery to all of us. No one in our immediate family was a visual artist.”

Green, who has sown her work internationally, is a recipient of the international Elizabeth Greenshields Foundation Grant as well as a fellowship from the University of Massachusetts Amherst. She lives and works in Springfield and received a BFA from Rutgers University and an MFA from UMass, Amherst.

Carberry Conversations is a series of virtual talks throughout the academic year between associate professor and gallery coordinator Sondra Peron and several past exhibiting artists whose work has been on view at the Amy H. Carberry Fine Arts Gallery since 2013 and STCC’s very own art faculty.

During the one-hour talk on Friday, Peron asked questions about Green’s colorful art, including her series of “pageant girls.”

“People ask me, were you in pageants?” Green said.

She wasn’t but was drawn to the idea of “pageant girls” as a metaphor.  She was interested in the idea of spectacle and performance.

She explained her choices in framing the images. She modified them and stretched them out. In one image, the subject is headless and footless.  “It was not about the specificity of this person,” Green said. “It was about the image as a found image, rather than being a specific person. The anonymity was important in these paintings.”

Peron asked about Green’s unusual still life paintings. She showed a series of her paintings depicting mylar balloons. One image shows a “watermelon balloon.” She has other paintings of American flag and unicorn balloons.

“It’s a balloon, but it’s also something else. It’s two things in one,” she said. “I found that fascinating.”

To register for the virtual conversation, visit stcc.io/conversations. 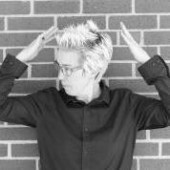 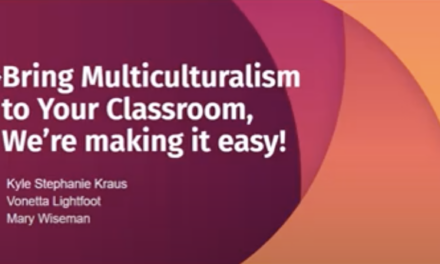 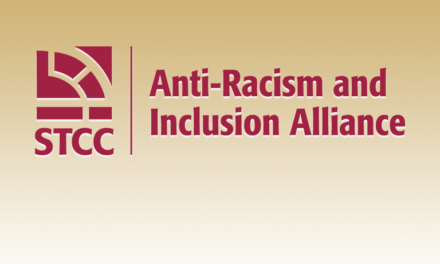 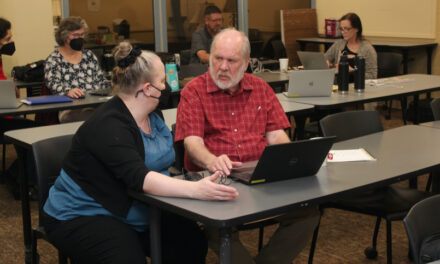 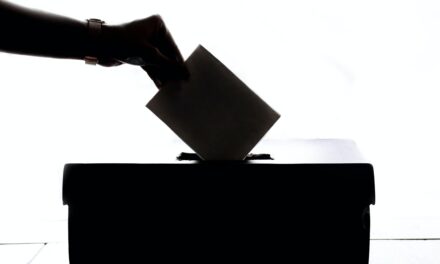 When you vote, don’t just vote your pocketbooks…